College is a scam.

There I said it. This is coming from someone with seven years of post-grad, post-high school schooling.

Out of anyone in the world I should believe that college is legit and valuable. Maybe 50 years ago, but times have changed. 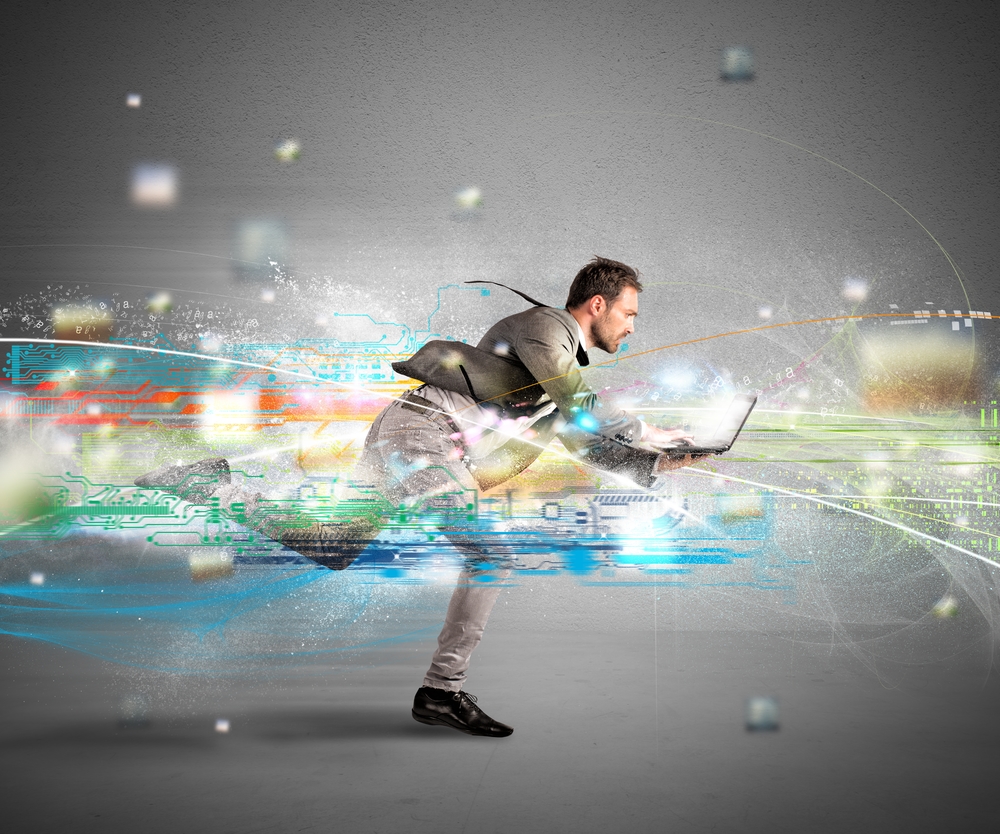 Colleges used to be at the apex of thought-leadership.

In 1950, if a farm boy in the middle of nowhere wanted to learn, he needed to leave home, move to the big city, and go to a university. That is where the knowledge resided that could lead to a better life due to the illustrious degree.

I’m 28 and the internet only became big while I was in middle school. I recall in elementary school; the library was lined with books that were not allowed to be checked out.

What type of books weren’t allowed to be checked out of the library?

Now in 2019, people cannot give away the darn things. Check your local Goodwill, garage sale, or Facebook marketplace, a whole set can be found for under 50 dollars as they are simply outdated.  (They probably still say that Pluto is a planet. RIP Pluto.)

You May Also Like: 10 Flexible side hustles for college students to earn extra money

Memorization in this day and age is literally pointless. Why would I memorize anything? My brain holds two phone numbers, mine and my wife’s because technology does the rest. In the same vein, I don’t need to have the quadratic equation memorized, or the capital of the Republic of Congo, or how many million miles the earth is from the sun.

If you know those things without looking them up, cool, you get five gold stickers, but it doesn’t set you apart in the working world as it would back in elementary school.

In math class, we are forced to take tests without calculators to ensure we can calculate by hand. Why though? I have never been in a situation at work where my boss comes to me and says.

“Hey, you know that thing you’re working on, well you can’t use the internet anymore & have to do the rest of it from memory.” 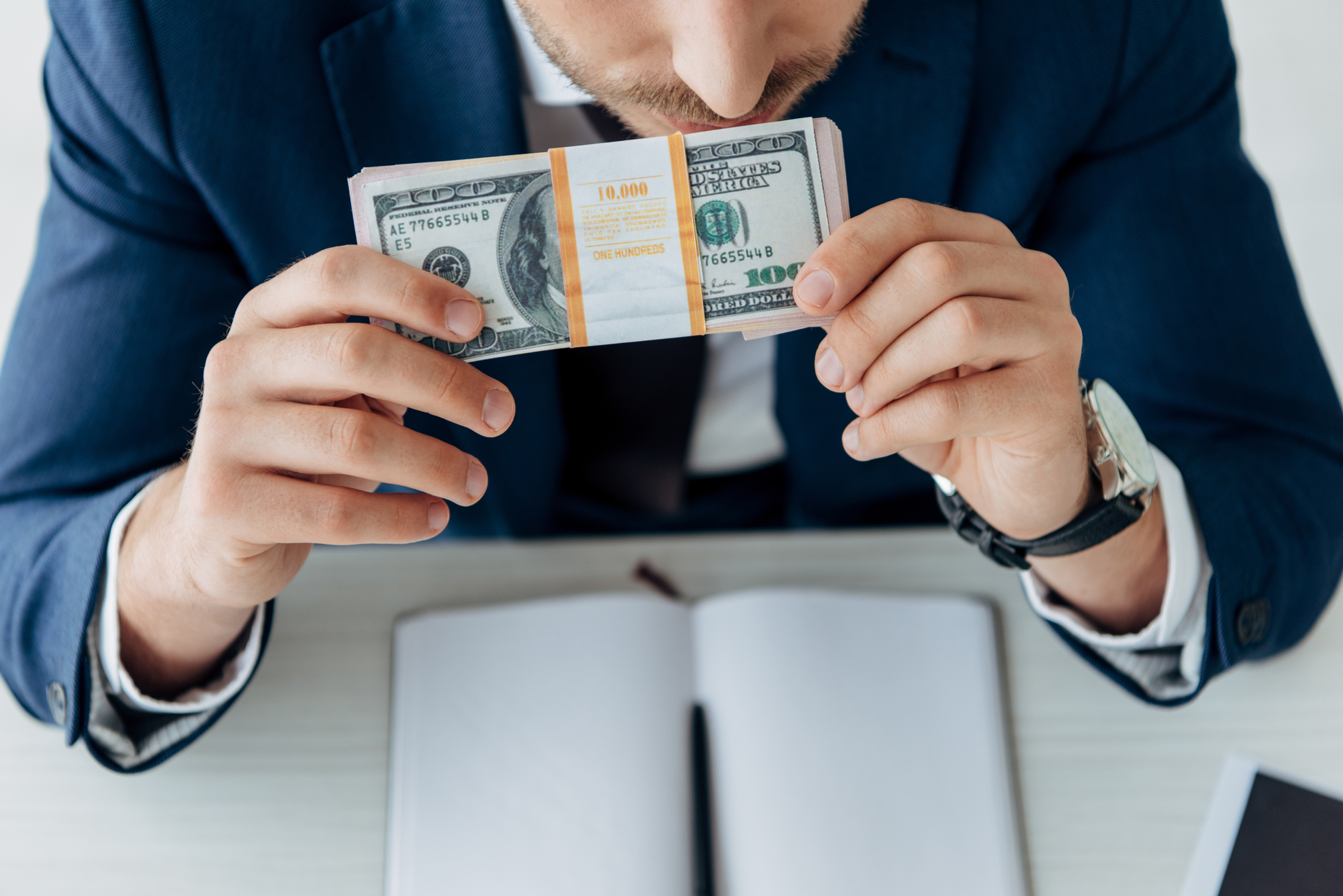 The National Center for Education Statistics found that in 2016 the average annual tuition for a four-year public university was $19,000 and a staggering $40,000 for private universities. Both are inclusive of fees, room and board in addition to tuition.

The current average for one year for at a four-year school is $26,120.

The cost is high and the costs have been rising at a rate over eight times faster than wages from 1989 to 2016, according to Forbes.

Our parents and grandparents could work part-time and afford to pay tuition. We aren’t afforded that luxury.

Depending on where you look, it is well-known that the average student leaves school with over $30,000 in student loan debt.

Here we review student loan delinquency and ensure you don’t default on your loans.

Imagine taking that $100,000 you were going to spend in student loans and pile it into a growth stock mutual fund. Or taking that money and putting it towards a home, a car, money to open your own business, or towards trade school tuition.

Trade school is a much more viable option, which is 10% of the cost of private education, with starting salaries that are comparable to those of a four-year college graduate.

Not all who start their degree will complete it. More than 15% of college diploma hopefuls will not attain the goal after six years, but are stuck with the crippling debt.

The last benefit of forgoing college in this area is the time-savings or opportunity cost savings. While in school your net worth goes down as you take on debt and cannot work as much as your non-college going competitors. Those who forgo college not only avoid debt, make an income, but don’t put their careers behind the eight ball for four-plus years.

You don’t need a degree anymore 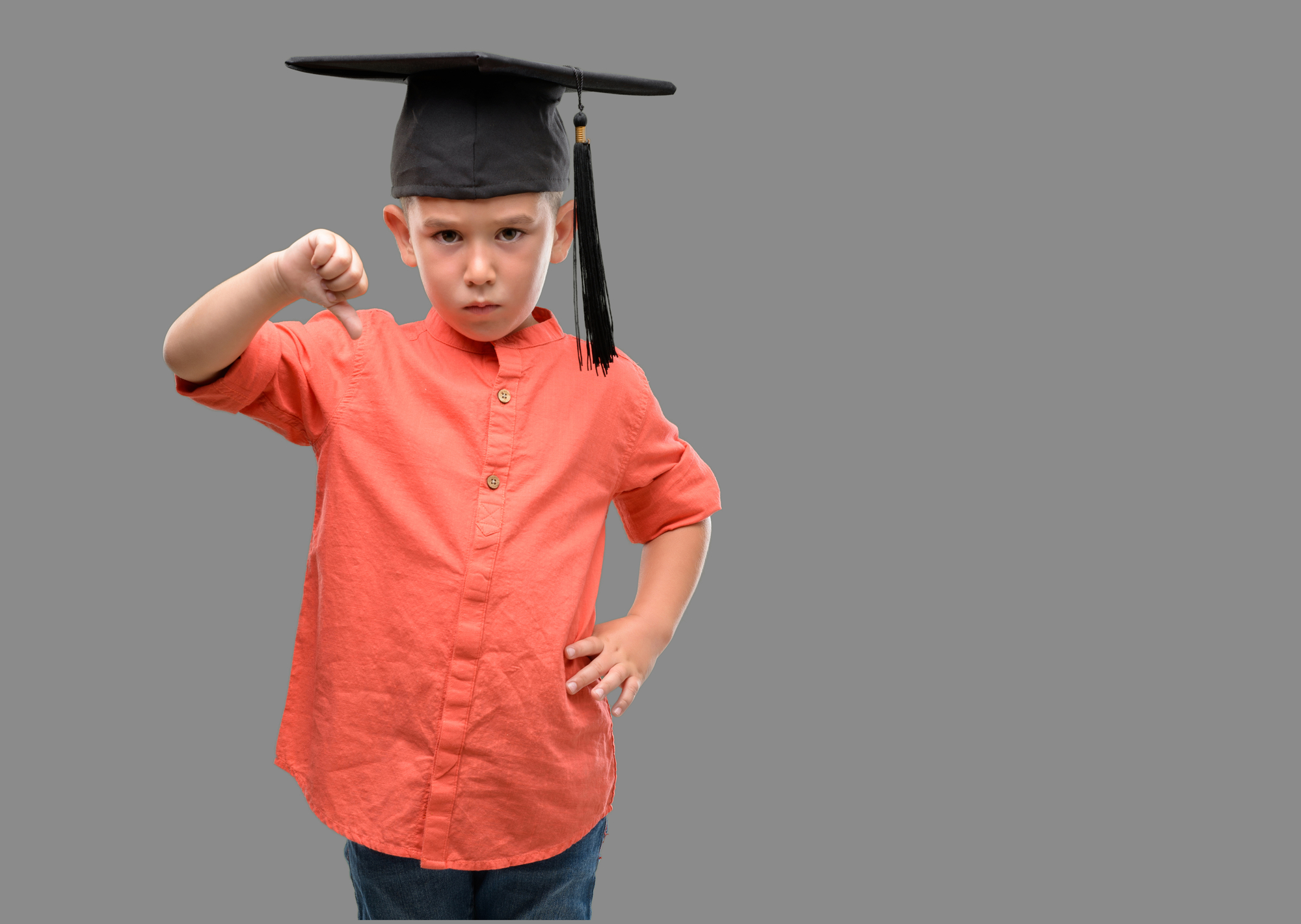 Companies such as Apple, Netflix, IBM, and Google recently dropped their requirements for potential employees to have degrees.

This is a shift in the market, possibly in part due to the sentiment surrounding colleges turning more negative. Companies would rather see relevant skills over schools as that will bring them value as a business. Imagine a philosophy major who graduates from Harvard University with a degree in philosophy without any real-world experience and applies for a PPC role.

Then imagine the same hiring manager receives an application from a self-employed PPC specialist who has four years of experience in the field (working full-time while Mr. Harvard was in school). Which one do you think is more qualified, the one with the fancy degree and sheet of paper to boot, or the one that has the skills the organization is hungry for?

Sorry, Mr. Harvard. Your diploma is certainly going to look good on your wall though!

Colleges are focused on profit 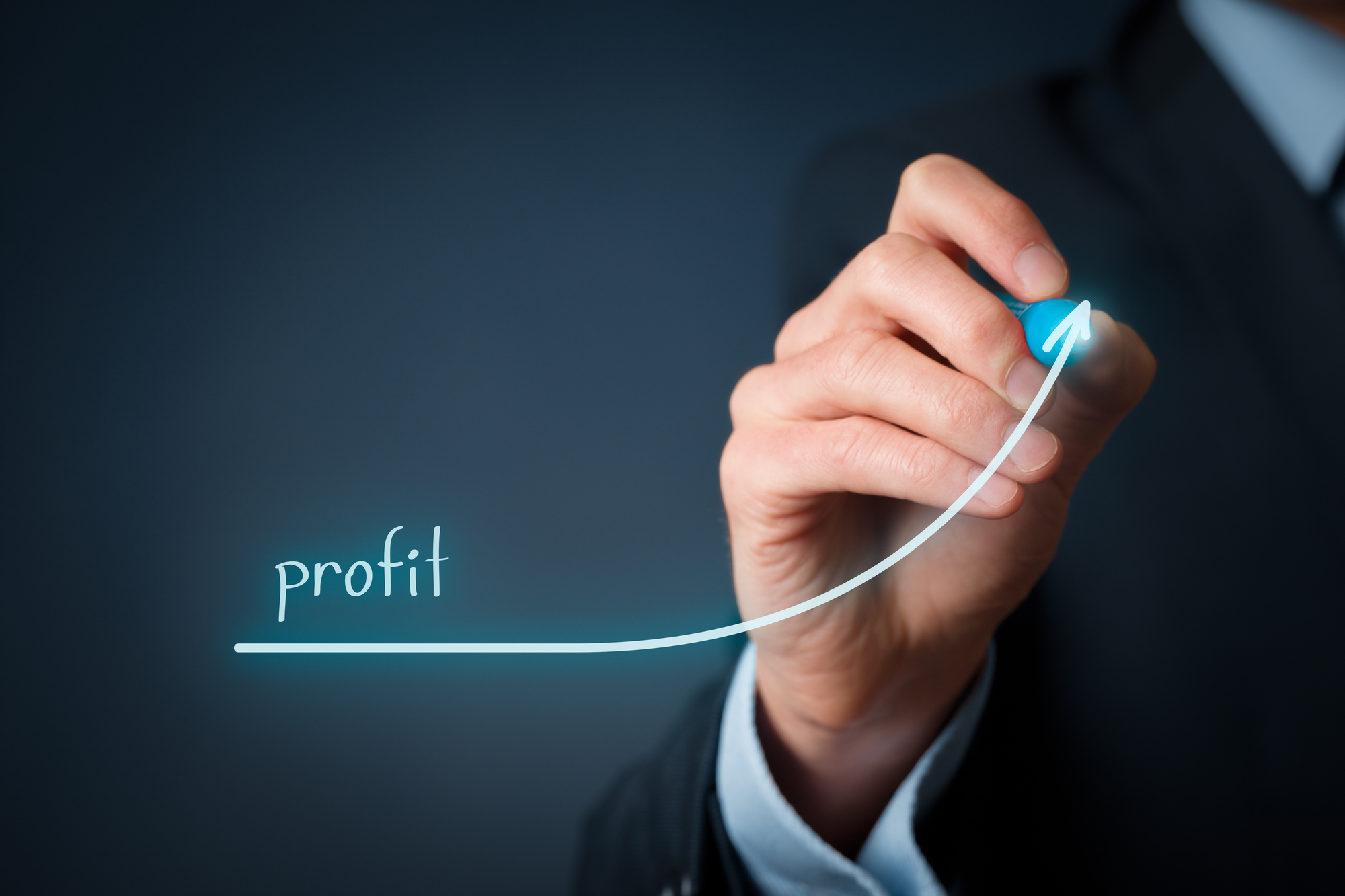 Colleges and universities are great at selling the dream of going to their school, you having a great time, and landing that amazing job.

Schools often promote the chance for grants, scholarships, and financial aid, but when it comes time to receive the aid, it may never come. At that point, the student has already committed to moving or changing their lifestyle to match their new endeavor and simply take out more debt as a result.

There have been class-action lawsuits against shady ‘universities’ who falsely gave students the information.

One of the largest for-profit companies led to their demise by leading false claims. Corinthian Colleges LLC, known under other names such as Everest College, Heald College, and WyoTech was a mammoth in 2010 with over 100,000 students, over 100 campuses and revenue of over $1.6 billion.

Corinthian has been sued over 100 times in federal court for high prices, high-pressure recruiting, and faked job placement statistics. Corinthian shut down in 2015 due to the federal pressure coupled with enrollment and revenue falling when it filed for bankruptcy.

A more well-known, for-profit school in DeVry University was forced to pay a settlement of $100 million in 2016 for shady practices. It failed in areas of fraud where it provided false employment rates and income about their graduates. This $10,000,000 was divided amongst 173,000 students resulting in a poultry average of $283 each. DeVry is still in operation as of writing.

A final for-profit that met its demise, ITT Tech. ITT went bankrupt abruptly in 2016 and left students with massive debt and credits that would not transfer while forced to look toward other schools to finish their degree. More than 18,000 students were the recipients of $68 million in a federal ruling for debt relief.

ITT Tech was said to be preying on those who were most desperate in their lives and careers and toward whom would receive the highest amount of federal financial aid to line their pockets.

In short, if you don’t think college is a scam, please for the love of all things good in this world, do not go to a for-profit school. Go to a legitimate school that is accredited and has been in operation for hundreds of years.

No. There is zero reason for the high prices that students shell out for textbooks, other than greed, of course.

College students pay an average of $1,240 on books and supplies per year or $153 per course. Why is this occurring? A couple of reasons, one being access codes. These are codes that are sold with textbooks that give students access to an online component such as tests, quizzes, workbooks, and homework assignments.

While access codes can often be purchased separately, this adds cost with the textbook and students oftentimes will buy a textbook brand new to get that precious access code.

Secondarily, textbook editions. Ever hear a teacher say that you need the 17th edition of a textbook. Unless you’re working in areas of technology, there is no reason to have an ungodly number of editions of a text where an earlier edition would suffice.

Here, publishers and the bookstores alike can count on recurring income in the future by forcing students to purchase the newest edition of a textbook that is not all that different from the previous installments.

There are websites such as eCampus.com, Chegg.com or BookRenter.com that allow students to rent textbooks, but do not offer the entire selection that students may need. 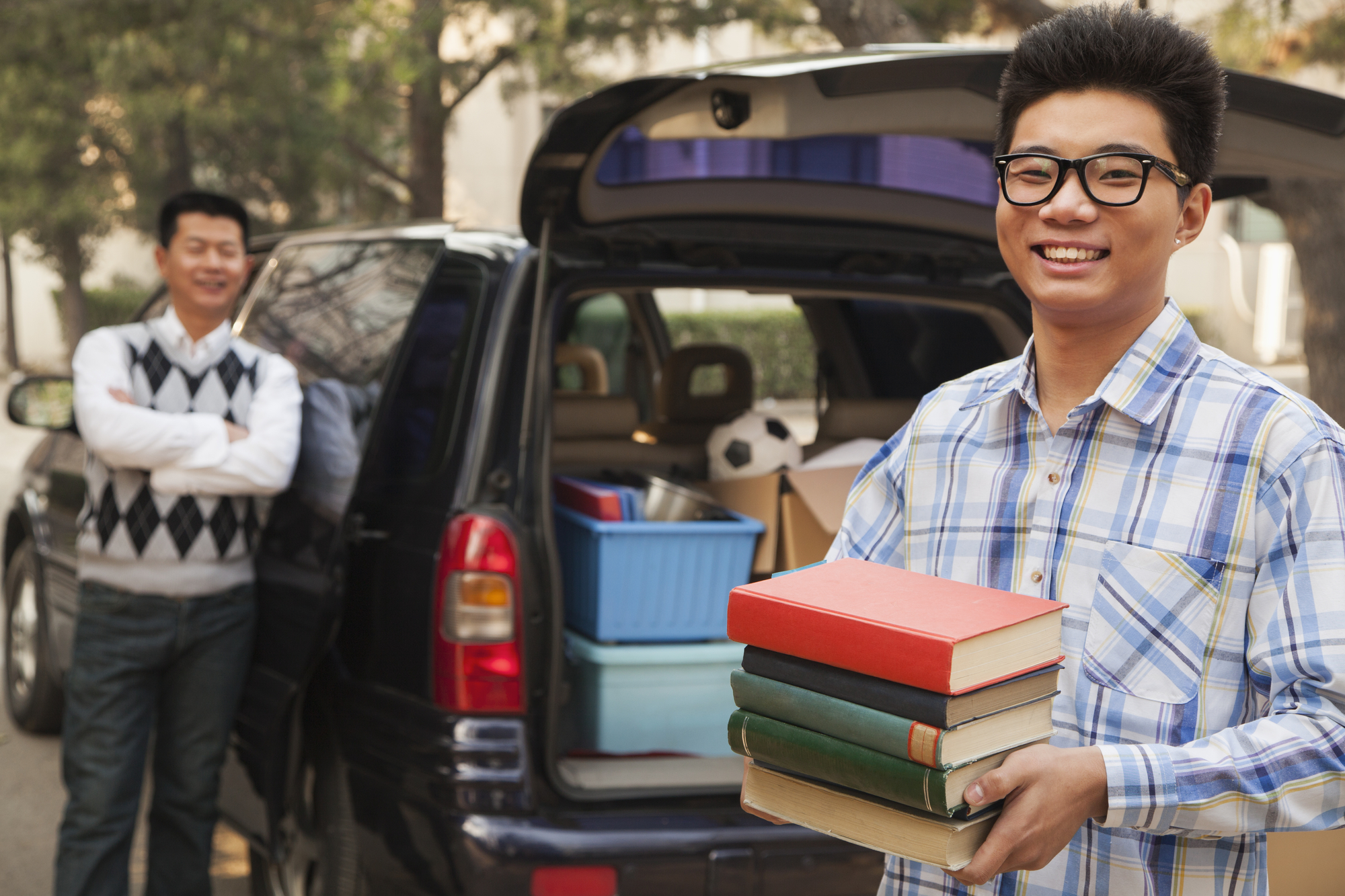 Room and board is the term used by colleges and universities for housing and food. The national average for a public school is around $9,000 and $10,000 annually for a private school. This is on top of books and on top of tuition. Living on a college campus is a luxury that should be avoided at all costs.

The college will spin it as-

You won’t get the experiences if you don’t live on campus. Which really means-

We want you to pay extra money, on top of our already astronomical fees, to play dodgeball and beer pong.

Let’s take the University of Pennsylvania as a prime example. The Average rent within a desirable commutable distance (one mile) of the campus is $2,320, while the Philadelphia citywide average is $1,583. This is a difference of $737 or 47% more just for being near the college campus.

Landlords can jack up rates near college campuses as they know students will pay whatever it takes inclusive of utilizing student loans as a means of getting by.

In summation, college isn’t the affordable and one-way ticket to a long career with a cushy retirement that our grandparents were afforded. The internet, coupled with the greed of schools, publishers, and landlords alike make college truly not worth the investment.

There are plenty of ways to run your own business without a degree and you will have four extra years to learn what is imperative while your cohorts wallow in Intro to Spanish. 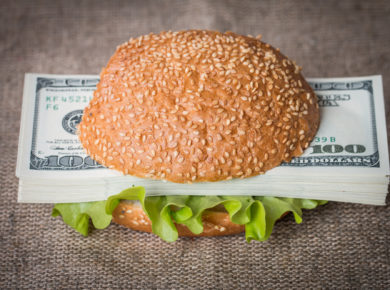 When someone suggests reducing your food budget, your mind might immediately jump to some dark places. Images of ramen noodle bowls spinning in the microwave or the smell of a…
View Post 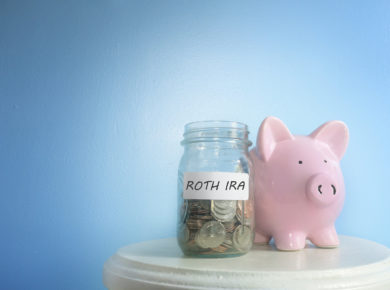 This guide will cover the ins and outs of the Roth IRA. Understanding the Roth IRA can be a little intimidating and complex, so we hope by the end of…
View Post 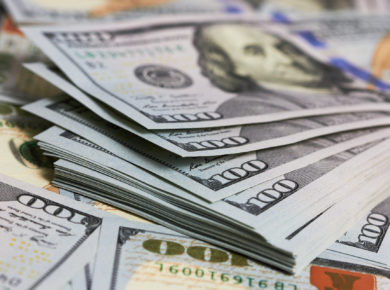 Let’s imagine for second… You’re sitting here reading this article and you get a notification on your phone from Venmo.. It’s $1,000! Or instead, of magically having the sum of…
View Post 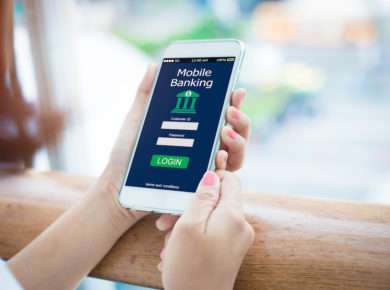 One of the keys to building wealth is following this simple mantra: spend less, save more. Tracking your finances and finding small ways to minimize costs can go a long…
View Post 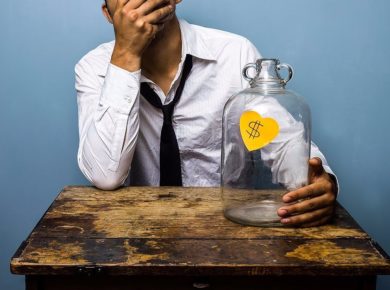 They say everyone wants to be a millionaire, except the brilliant minds that have generated billions of dollars in wealth. For them, a million is like a penny to a…
View Post 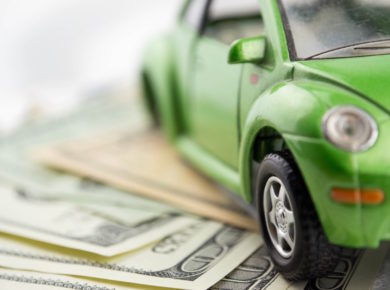 Take a moment.  Think to yourself.  How can I save money and at the same time help the environment? Answer: Cut down on your car expenses. (duh, it’s literally the…
View Post